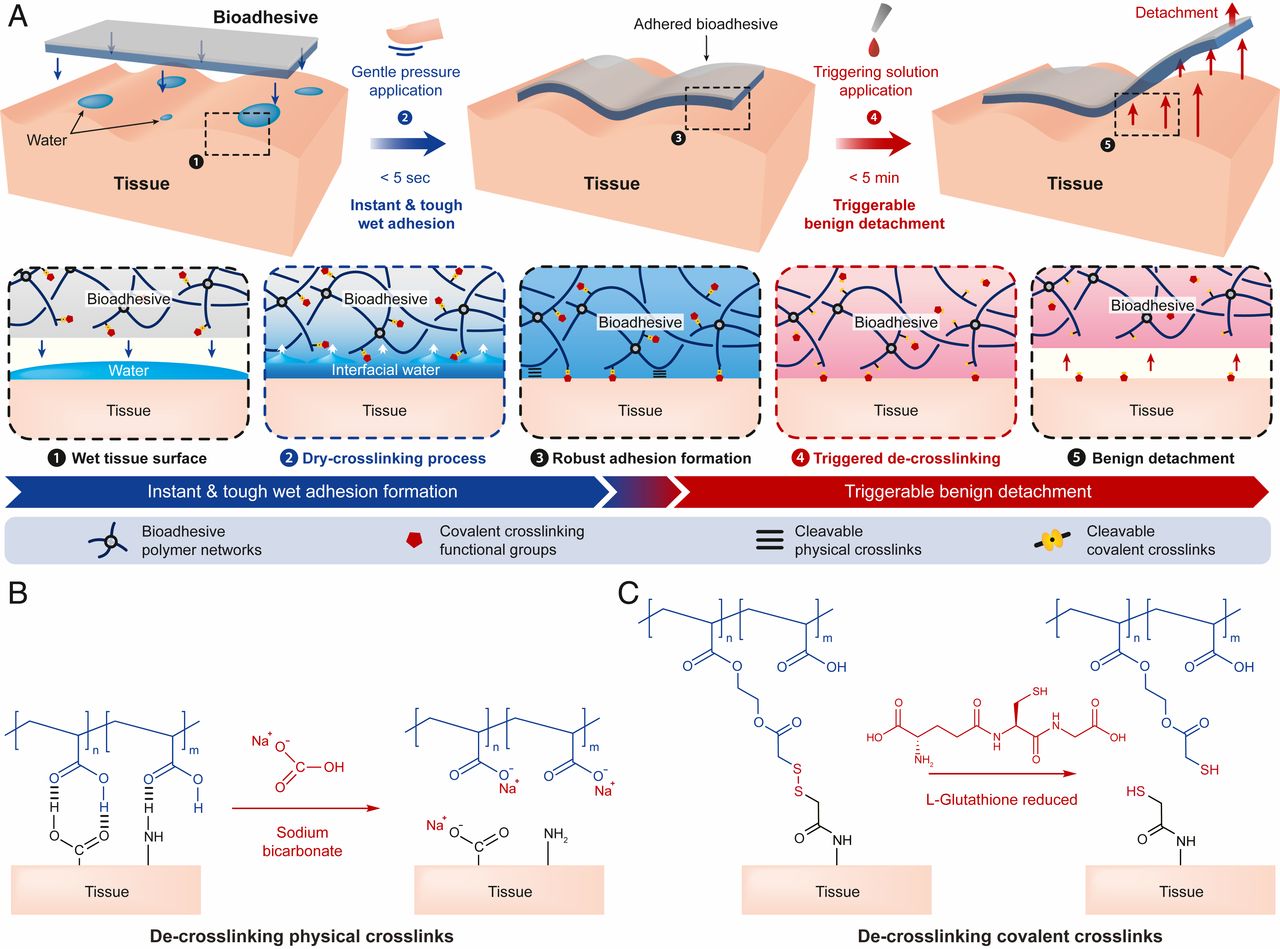 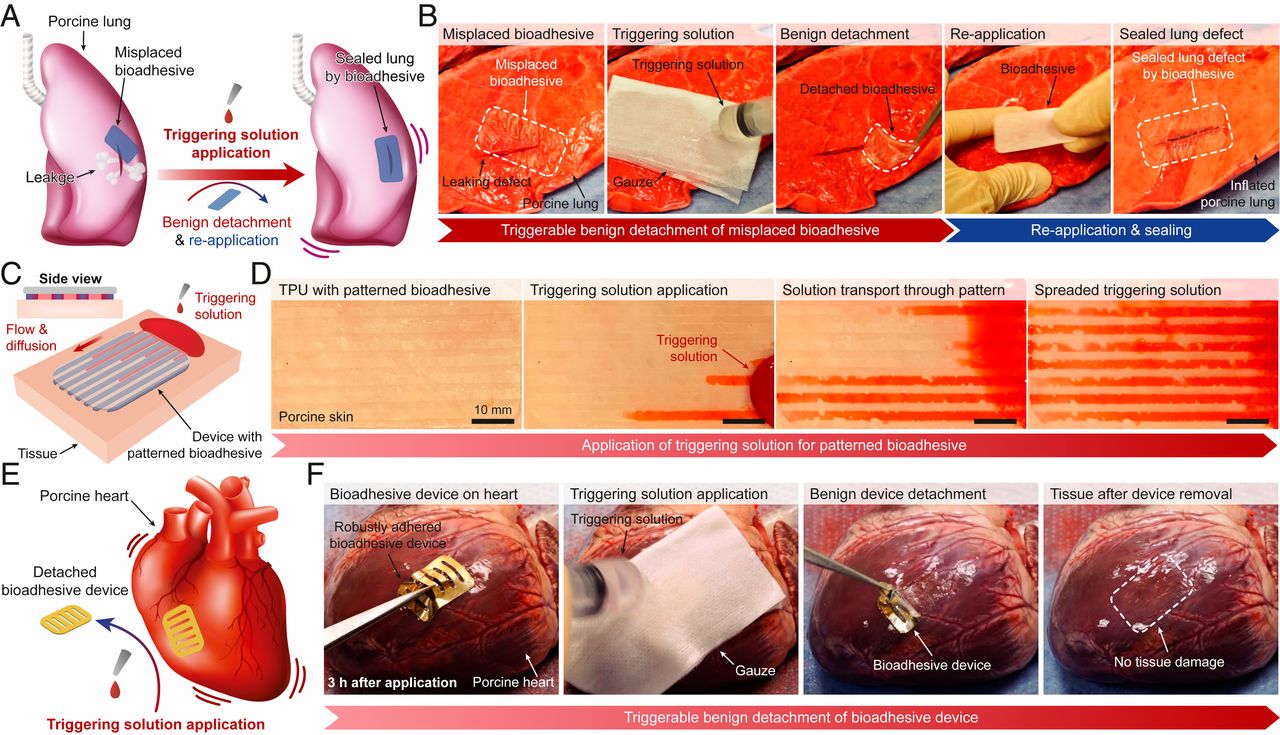 What new technologies will dramatically transform your world?  We’ll present an exclusive preview of the stunning breakthroughs emerging from the world’s leading research labs.

In 2019, MIT engineers developed a double-sided adhesive that can quickly and firmly stick to wet surfaces such as biological tissues. They showed that the tape could be used to seal up rips and tears in the lungs and intestines within seconds or to affix implants and other medical devices to the surfaces of organs such as the heart.

In considering designs for their original adhesive, the researchers quickly realized that it is extremely difficult for tape to stick to wet surfaces, as the thin layer of water lubricates and prevents most adhesives from taking hold.

To get around a tissue’s natural slipperiness, the team designed their original adhesive out of biocompatible polymers including polyacrylic acid, a highly absorbent material commonly used in diapers and pharmaceuticals that soaks up water, then quickly forms weak hydrogen bonds with the tissue’s surface. To reinforce these bonds, the researchers embedded the material with NHS esters, chemical groups that form stronger, longer-lasting bonds with proteins on a tissue’s surface.

While these chemical bonds gave the tape its ultra-strong grip, they were also difficult to break, and the team found that detaching the tape from tissue was a messy, potentially harmful task.

Removing the tape could potentially create more of an inflammatory response in tissue and prolong healing. It’s a very practical problem.

Now they have further refined the adhesive so that it can be detached from the underlying tissue without causing any damage. In case it needs to be adjusted during surgery or removed once the tissue has healed, the new version can be peeled away like a slippery gel, after applying a liquid solution.

It’s like a painless Band-Aid for internal organs. You put the adhesive on, and if for any reason you want to take it off, you can do so on-demand, without pain.

The team’s new design is detailed in a paper just published in the Proceedings of the National Academy of Sciences.

To make the adhesive detachable, the team first tweaked the adhesive itself. To the original material, they added a new disulfide linker molecule, which can be placed between covalent bonds with a tissue’s surface proteins. The team chose to synthesize this particular molecule because its bonds, while strong, can be easily severed if exposed to a particular reducing agent.

In all their tests, regardless of how long the adhesive had been applied to the tissue, the researchers found that, once they sprayed the triggering solution onto the tape, they were able to peel the tape away from the tissue within about five minutes, without causing tissue damage.

That’s about the time it takes for the solution to diffuse through the tape to the surface where the tape meets the tissue.  At that point, the solution converts this extremely sticky adhesive to just a layer of slippery gel that you can easily peel off.

The team hopes that someday, operating rooms can have dispensers of these adhesives, alongside bottles of triggering solution. Then, surgeons can use this like Scotch tape, applying, detaching, and reapplying it on demand.