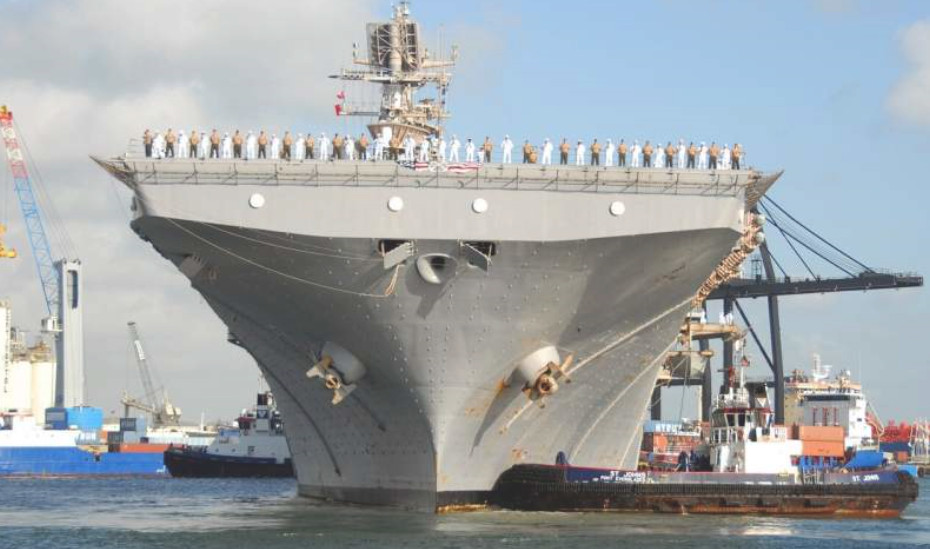 To view or purchase this article, please visit:
https://pubs.rsc.org/en/content/articlelanding/2020/EE/D0EE01457E#!divAbstract

If Navy ships could create their own fuel from the seawater they travel through, they could remain in continuous operation. Today, except for nuclear-powered aircraft carriers and submarines, Navy ships must periodically align themselves alongside tanker ships to replenish their fuel oil, which can be difficult in rough weather.

In 2014, a Naval Research Laboratory team announced it had used a catalytic converter to extract carbon dioxide and hydrogen from seawater and then converted the gases into liquid hydrocarbons at a 92 percent efficiency rate. Since then the focus has been on increasing the efficiency of the process and scaling it up to produce fuel in sufficient quantities. However, the carbon dioxide extracted from seawater is extremely difficult to convert directly into liquid hydrocarbons with existing methods. It is necessary to first convert carbon dioxide into carbon monoxide via a process known as the reverse water-gas shift (or RWGS) reaction. Only then can the carbon monoxide be converted into liquid hydrocarbons via another process called Fischer-Tropsch synthesis (or FTS).

Typically, catalysts for RWGS contain expensive precious metals and deactivate rapidly under reaction conditions. However, a new catalyst called potassium-modified molybdenum carbide can be synthesized from low-cost components and does not show any signs of deactivation during continuous operation.

To view or purchase this article, please visit:
https://pubs.rsc.org/en/content/articlelanding/2020/EE/D0EE01457E#!divAbstract